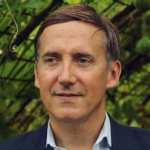 Fr. Gaël Giraud is an alumnus from the Ecole Normale Supérieur (Ulm) and ENSAE. He got his PhD in applied mathematics at the Ecole Polytechnique (Paris). He served 2 years in Chad as teacher in mathematics and physics in a Jesuit highschool. There, he founded a center for street children (still running today). He is a senior researcher at the CNRS in economics, has published about 30 papers in peer-reviewed journals, 4 books, and supervised around 20 PhD students. In 1999-2004, he worked as a quantitative engineer and scientific advisor for investment banks (CPR, Calyon, Jean-Michel Lasry’s team). In 2004 he entered the Society of Jesus. In 2009, he was nominated best young French economist (Le Monde). In 2013 he was ordained as priest. In 2015, he founded and directed the Energy and Prosperity Chair (ENS, X, ENSAE) and was appointed Chief economist and executive director of the French Development Agency (AFD). Since 2017, he is permanent fellow at the Nantes Institute for Advanced Studies. Since 2018, he is extraordinary professor at Stellenbosch university (South Africa). Since 2020, he has been appointed as a professor at the McCourt School of Public Policy and founder and director of the Environmental Justice Program at Georgetown University. 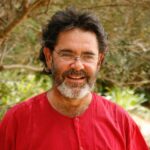 Mark’s research over the past three decades has addressed many issues, but the core focus has been transition. During the 1980s and early 1990s, his focus was on the transitions to democracy that swept across Latin America, Southern Europe, Eastern Europe and then Africa in the 1990s (including SA in 1994). During the 1990s his focus was urban transition, with special reference to the building of the Lynedoch EcoVillage from the late 1990s. From the early 2000s, his focus has been on sustainability transitions culminating in various publications including his co-authored book Just Transitions in an Unfair World (2012). Drawing on many different intellectual influences (Dutch transition theory, African philosophy, Roberto Unger’s theory of change, long-wave thinking, state theory (especially Jessop) and anticipatory thinking, Mark’s latest book (The Age of Sustainability) provides the basis for his work at GEJP. He intends to focus on energy transition and the collibratory governance of non-equilibrium economic dynamics.